Why invest in Croatia?

Unique geographical location, modern infrastructure, political and economic stability, a competent and highly educated workforce are the only reasons to invest in Croatia. Central European, Danubian, and Mediterranean, at the same time, with a unique geographical location, links Europe to the world. Modern transport and energy infrastructure, untarnished soil, unpolluted sea, and rich freshwater sources …

Unique geographical location, modern infrastructure, political and economic stability, a competent and highly educated workforce are the only reasons to invest in Croatia. Central European, Danubian, and Mediterranean, at the same time, with a unique geographical location, links Europe to the world. Modern transport and energy infrastructure, untarnished soil, unpolluted sea, and rich freshwater sources provide the foundations for Croatia to build its future on and further develop in the European and world markets.

Here are five strong reasons why investing in Croatia is a great idea!

Croatia is situated at the heart of Europe, only two or three hours of air distance to any European destination. With its unique geostrategic position and the farthest-reaching European sea inlet, Croatia is a gateway to Central and Eastern Europe, providing easy access to European and world markets.

Croatia has a highly developed road and rail network, a network of international seaports of great importance, a network of river ports and airports, and inland waterways and intermodal terminals.

The network of modern motorways places Croatia together with leading European countries. Three Pan-European International corridors pass through Croatia, making it an essential part of all major European and international transport routes. The country is 100% digitized, with its entire territory covered by broadband Internet. It’s highly developed natural gas distribution network places it at the very top of European countries.

The Croatian legal framework governing foreign investment has been designed not to differentiate domestic and foreign investors. All possibilities in relations between domestic investors are also open to foreigners investing capital in Croatia.

Moreover, foreign investors enjoy additional guarantees that are not given to domestic investors. The Croatian Constitution provides that no law or other legal documents shall reduce the rights granted to a foreign investor at the time of investment in Croatia. It also guarantees the free repatriation of profits or capital upon fulfillment of all legal obligations.

Being a full member of NATO and the 28th member of the European Union (1 July 2013), Croatia guarantees stability and business activities’ safety. Croatian legislation, harmonized with the European Union’s basic postulates, ensures business activities of the highest standard, and opens the possibility of using EU funds. Simultaneously, agreements for the avoidance of double taxation signed with over 50 countries provide Croatia with additional benefits.

Croatia is a country with a multilingual and highly educated workforce. With 56 high-education institutions, out of which 7 are universities, Croatia offers a pool of various skilled and educated workforce. Croatia also has the highest percentage of persons in the age group 20 to 24 who have completed secondary school education.

Did you know that the University of Zagreb, comprised of 34 faculties, is one of the oldest universities in this part of Europe, providing education to students continuously since its establishment in 1669? According to the Human Development Index, Croatia ranks 47 out of 187 countries. From 1990 to 2012, Croatia showed a 12% increase, which is an average annual increase of about 0.5%.

Croatia is truly a unique country – nowhere in the world can three different climate zones – continental, mountainous and Mediterranean, be found in only 400 km (the distance between the North and South of the country). From hilly and gentle Zagorje in the North, through vast fertile plains of Slavonia in the East, Lika and Gorski Kotar rich in forests and rivers, to Dalmatinska Zagora, bounded by mountain ranges and typical Dalmatian karst, all the way to its indented coastline stretching from Istria to South Dalmatia with over a thousand islands, Croatia is truly a world’s treasure.

Good transport connection between the continental and coastal part of the country – morning skiing at Bjelolasica, and the experience of one of the most beautiful sunsets on the Adriatic coast only a few hours later – the abundance of cultural activities and historical heritage, the proximity of other European cultural and business centers, clean water and air, traditional and organic growing of agricultural products and healthy Mediterranean lifestyle provide all the conditions necessary for a pleasant, high-quality life anywhere in Croatia.

In 2016, foreign direct investment to Croatia amounted to 1.7 bn EUR showing an increase of 9 times compared to the year 2015. Last year, the investments were made in financial services, real estate, retail trade, construction of buildings, and wholesale trade. The leading investors were Italy, Netherlands, Luxembourg, Germany, and Sweden.

The cumulative amount of foreign investments from 1993 to 2016 amounts to 31 billion EUR with the Netherlands, Austria, Italy, Germany, and Luxembourg as the leading investors, who invested mostly in the financial sector, wholesale trade, real estate, telecommunications, and retail trade.

Next → Welcome on board Marina Frapa Resort Rogoznica! 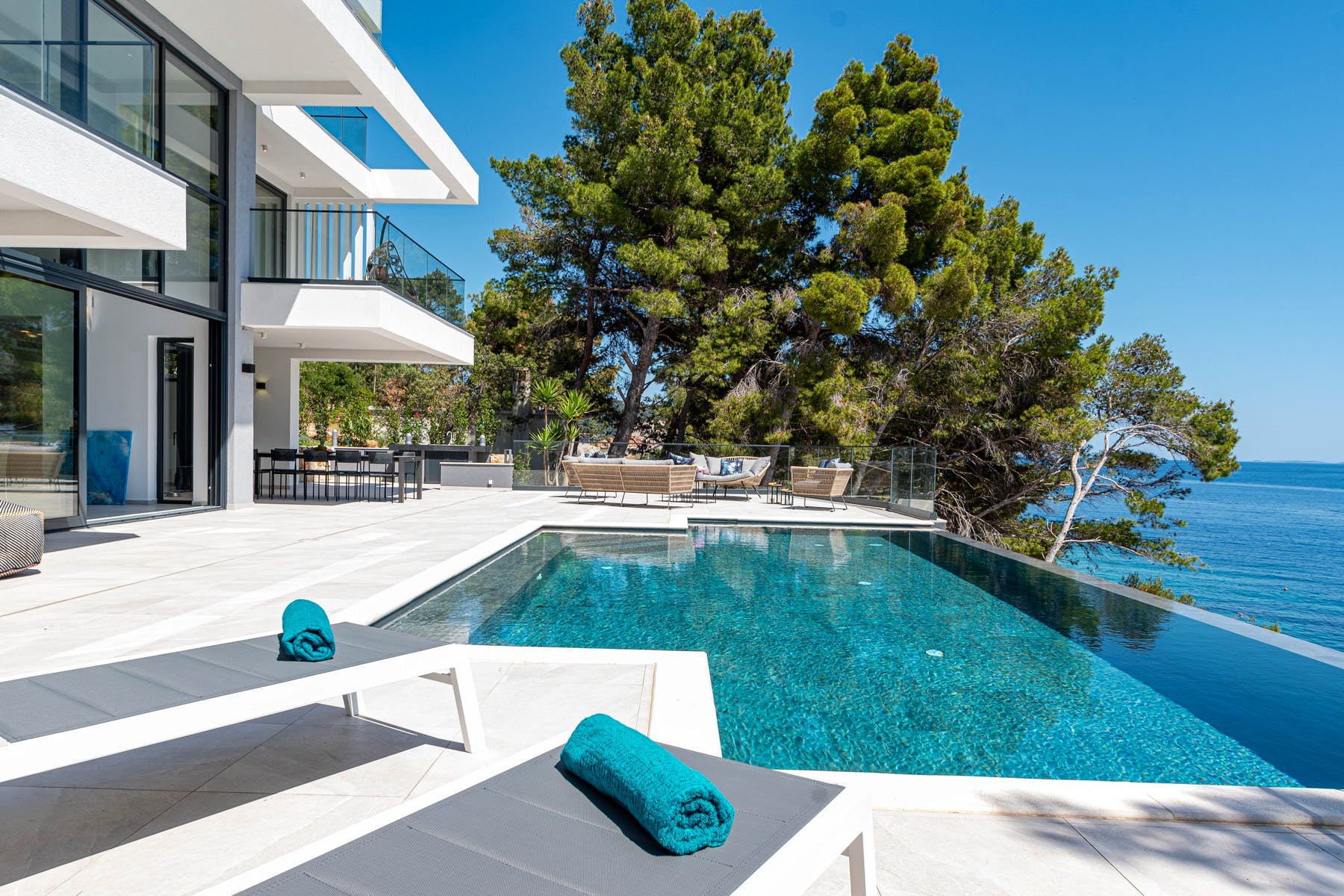 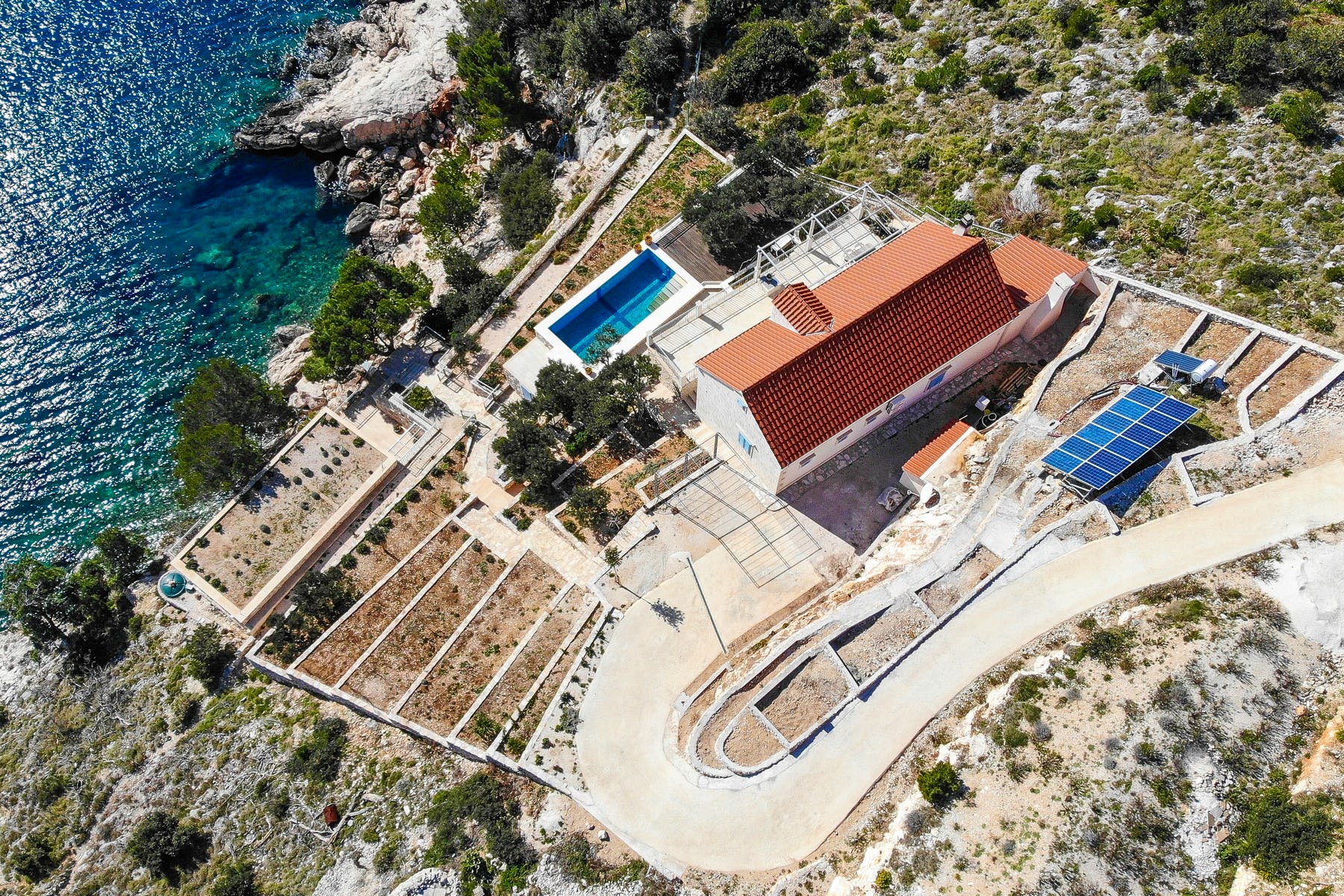 Is It Possible to Buy Real Estate with Cryptocurrency in Croatia? 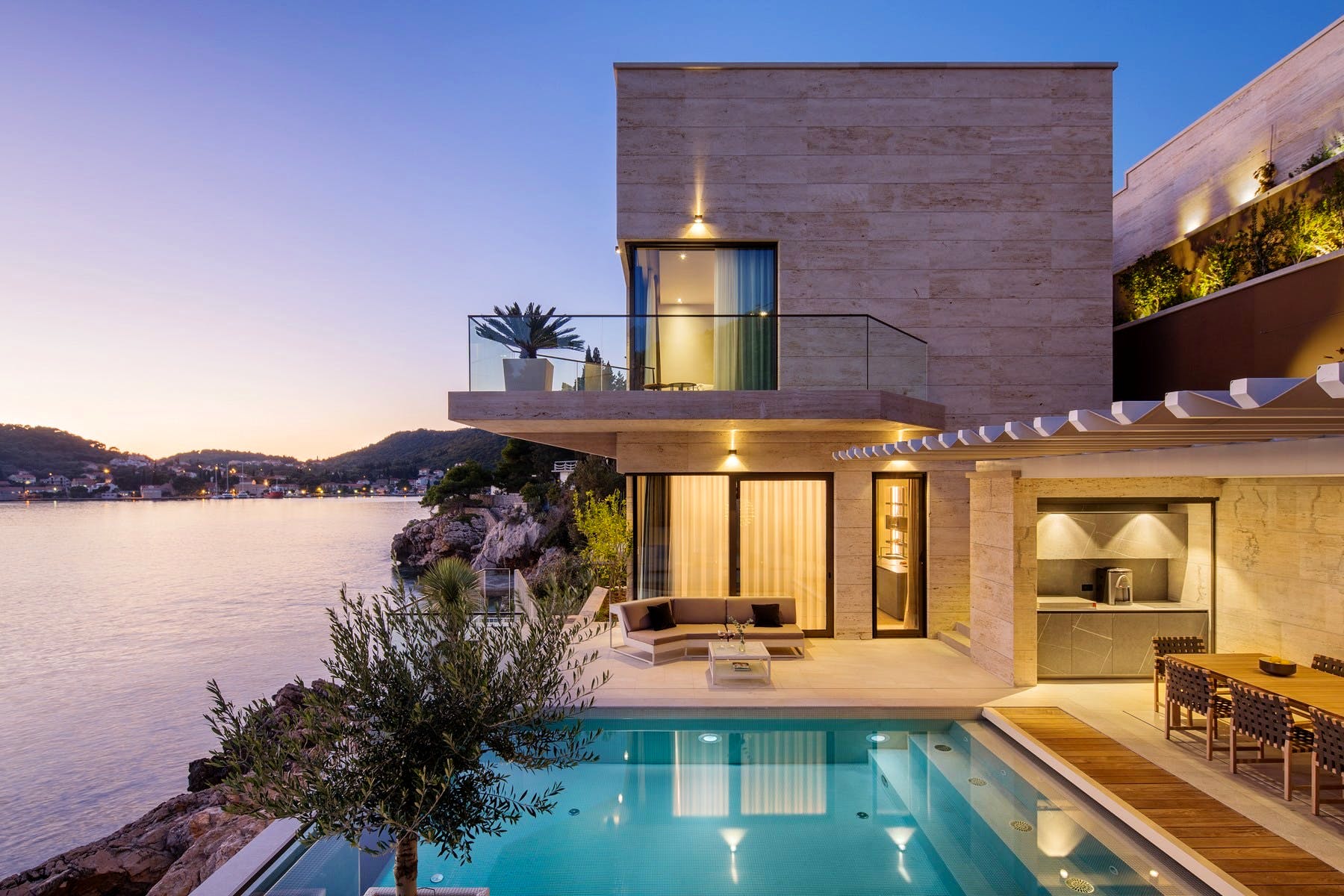 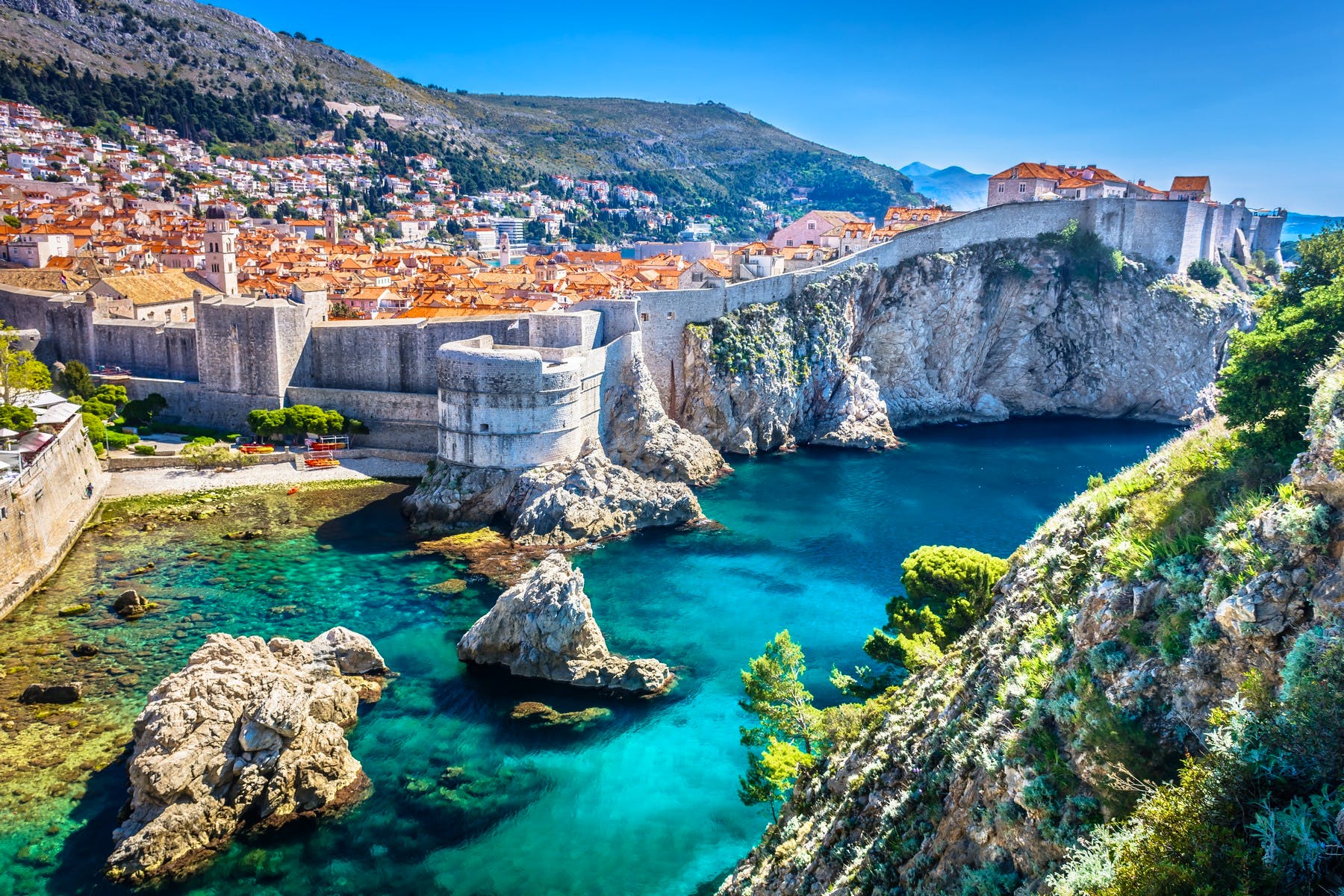 Marketing your home: The Importance of Real Estate Photography 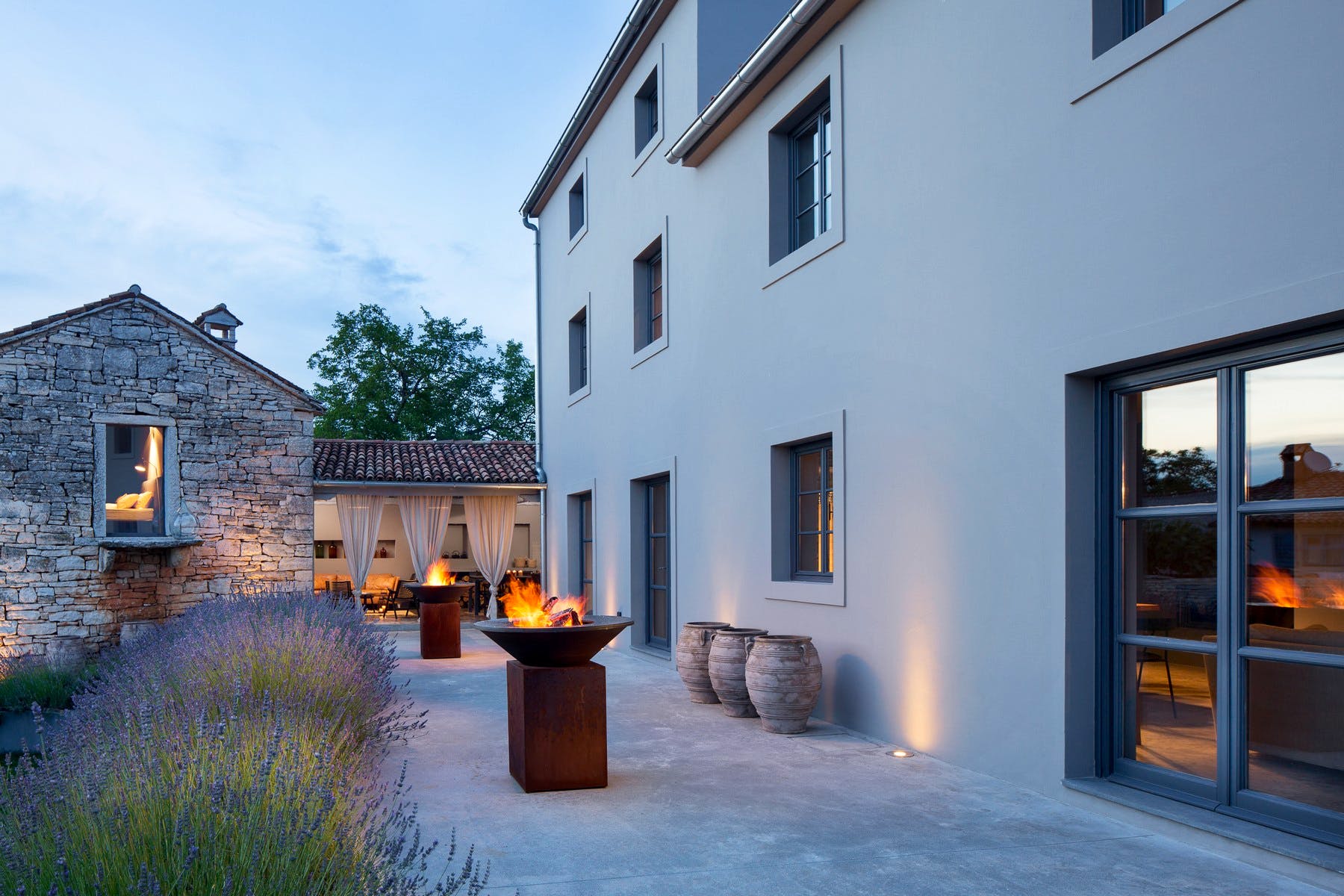